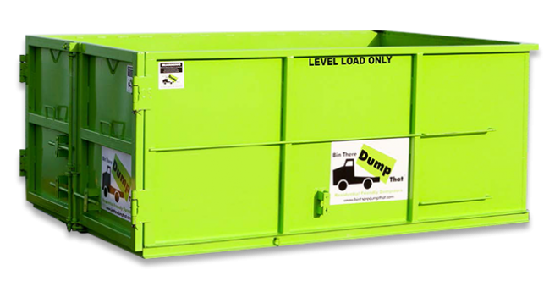 Your Residential Friendly Dumpsters for Knoxville

We are dedicated to managing and disposing of our client’s trash in Knoxville in a responsible and professional manner.

Whatever your needs we’ve got a Dumpster for you

Are you moving in the region and need to get rid of some junk? Maybe you have a pile of rubbish around your home or office. Or maybe you have a lot of junk from your renovation project or construction clean up. Bin There Dump That provides junk and rubbish removal bins sizes 4 to 20 yards. No matter how much or how little junk or rubbish you have to get rid of, we have a bin or dumpster for you. 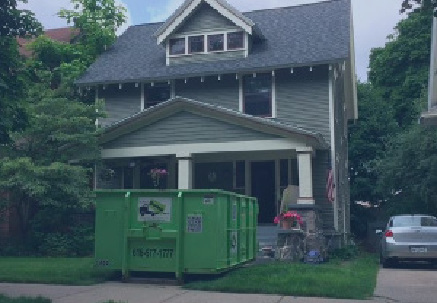 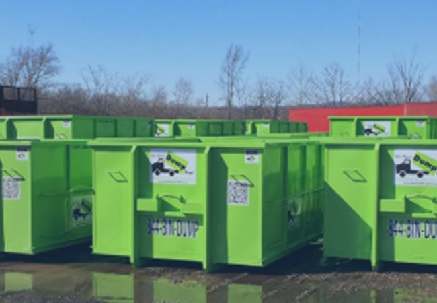 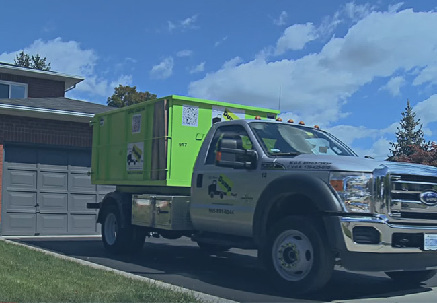 Excellent! To put things in perspective: I've used several dumpster rental places over the years, but they have been pricey, unreliable, often dirty & unsightly (orange/yellow/black), and the drivers even knocked down my mailbox and front railing. Bin There Dump That was like a breath of fresh air!! Professional, courteous, prompt, considerate of my property/driveway/etc., very reasonably priced AND focused on pairing the appropriate bin size with the customer's needs (and budget), and finally, the bins themselves are compactly designed and a lovely, fresh, spring green...that helps camouflage the bin while on your property. In fact, the color is SO pleasant, I was almost sad to see it leave my driveway! I can't say enough positive things about Bin There Dump That Knoxville... I am a loyal customer for life, and encourage anyone in need of a dumpster rental to avoid the hassle of 'shopping around,' and just call Bin There Dump That! They are hands-down the best all the way around. 5/5 stars!

We had years of “stuff” accumulating in our very large garage. And no one wants to make hundreds of trips to the dump. Driving down Clinton Highway one day I saw the little green dumpsters and called. After talking to Brad determined we needed a “big” one. He delivered two days later and off we went. Completely filled it up! So simple and a fantastic price!! Will use again if ever needed and will recommend them any chance I get!!! Thank you so very much!

We live in an area where having a Yard/Garage Sale is nearly impossible. We had a ton or two of stuff from combining our two houses into one.
Over the last couple of years (before we heard about "Bin There Dump That” in the Powell/Claxton area), I had called several dumpster companies in an attempt to hire a dumpster to help clear out our (2) car garage of miscellaneous clutter, furniture etc. We never got a dumpster from anyone simply because there restrictions were to ridiculous and there were more things you “couldn’t” throw in their dumpsters than things you “could” throw in.
Or there customer service was so lacking that we didn’t feel comfortable using them, so we just let it go and kept the clutter with no real sensible way of selling it or dumping it. That is, until we heard about Bin There Dump That in Powell, TN.
Bin There Dump That has truly been a Godsend for us. Because they are family owned and operated they truly have the Best Service Ever. They understood our needs, they worked with us, they didn’t have a huge list of things that couldn’t be thrown in. They had a huge list of things that could be thrown in.
When you’re renting a dumpster you sure don’t want to have to look at every item and wonder if you can or can’t throw it into the dumpster. We have a difficult driveway which I explained to them and other dumpster companies beforehand.
The other dumpster companies turned us away immediately on the phone (wouldn’t even look at our driveway). Bin There Dump That didn’t even question our driveway, they just said “That shouldn’t be any problem at all”, and it wasn’t. I took a lot of time to write this review. I also rarely ever write any reviews. It’s just that my husband and I were both so thoroughly impressed with this company that we wanted others to know about them. They even bring a magnetic broom and run it over the area to pick up any nails, thumbtacks etc. so you won’t get a flat tire after dumping all your junk.
Now that’s service with a smile. Brett and Lori Danks Heiskell, TN

They are great to deal with and have been very helpful! I chose the wrong size, and they were happy to switch it out! Dumpster was delivered promptly! Highly Recommend!